CHIC - The Best of Funk

The song "Walk On The Wild Side" by the group REVELATION can be considered rare as it only appears as the b-side of the german pressing of the 12" single of the song "Feel It" (this pressing already in the year 1981) and also as the extra track from the album "Feel It" also from 1981, this album is the same album "Revelation" from 1980 but with the addition of the song "Walk On The Wild Side" and with different images of the cover and back cover. Only the album "Revelation" (1980) was released in CD format (2004), the album "Feel It" (1981) was never released in CD format, and as the song "Walk On The Wild Side" never appeared on any compilation, this song doesn't exist in CD format, for all these details this song can be considered rare.

Re: REVELATION - Walk On The Wild Side (rare song from 1981 with NILE RODGERS on guitar)

Hello Alex
It seems that Nile Rodgers was also present on the fantastic 1980 album "Revelation" :-)
Thanks Alex for this exclusive 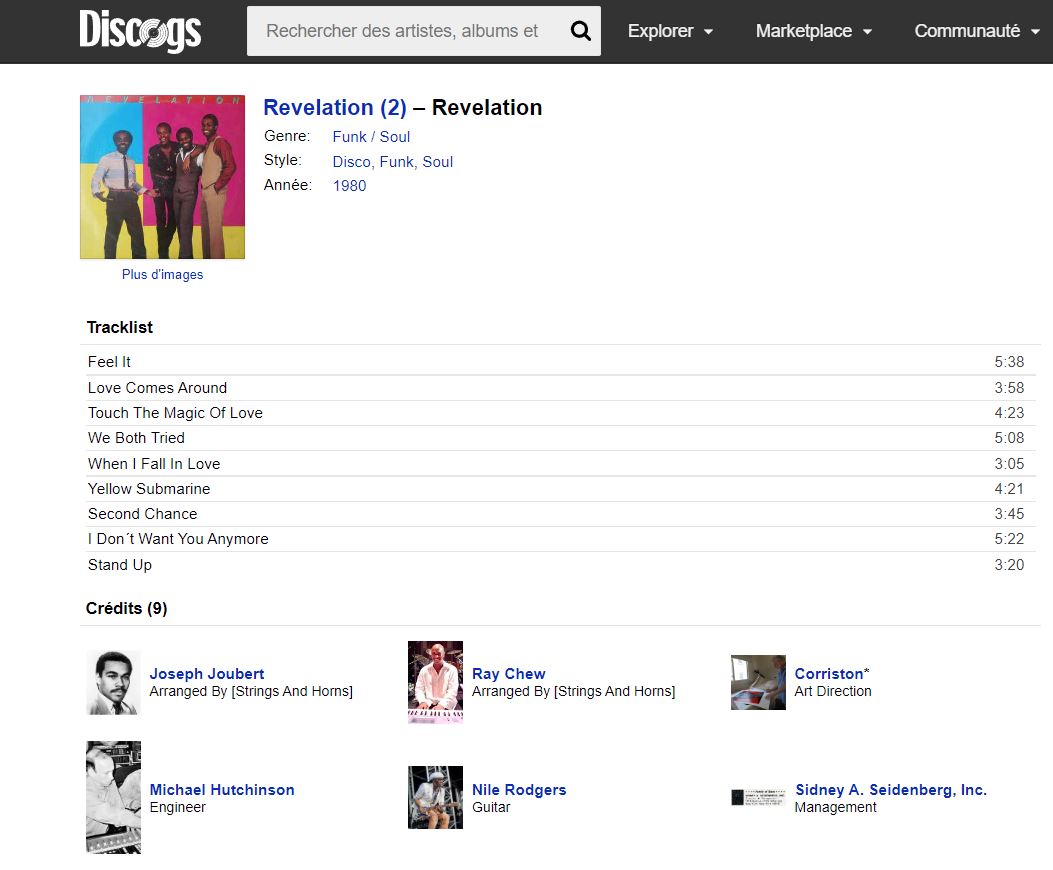 Re: REVELATION - Walk On The Wild Side (rare song from 1981 with NILE RODGERS on guitar)

I agree with you Thierry, it's a fantastic project ("Revelation"/"Feel It"), all the songs are excellent and the group REVELATION together with producer JIMMY SIMPSON would not miss the chance to have the participation of a musical genius (NILE RODGERS) playing guitar on all songs. The most famous song of this project is the sensational "Feel It", which the whole world knows about the participation of NILE RODGERS playing guitar, but the other songs are amazing and in my opinion the best song of the album is the best cover of any song by THE BEATLES that I've heard in my entire life, even better than the fantastic cover of the song "Dear Prudence" made by the group SIOUXSIE & THE BANSHEES, is the cover of the song "Yellow Submarine" by REVELATION.
Top
Post Reply
3 posts • Page 1 of 1