"Chris [Stein] and I wanted to make an album that synthesized black and white music. We thought it would be very interesting socially as well as musically. The racial issue was and still is very heavy in the U.S.
The first artists we thought to work with were Bernard Edwards and Nile Rodgers. We had been CHIC fans for years. Luckily, they were as interested in us as we were in them. The collection was later to be entitled KooKoo.
It was a full-on collaboration. Nile and Bernard wrote four songs, Chris and I wrote four songs, and we wrote two more songs as a foursome. And it was so much fun to record. I loved that album. I feel that we were on the cusp of creating a style of music that exists today without a second thought but was unprecedented then. I guess we were a few years too soon." 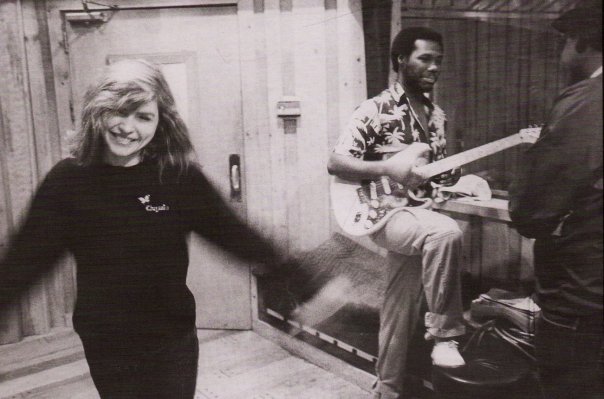 I love this album, my favorite songs are "The Jam Was Moving" and "Surrender". I believe NILE RODGERS doesn't have in his lost archive of demos and unreleased songs from CHIC ORGANIZATION any tracks related to this project, at least he never mentioned DEBBIE HARRY in this now found treasure.
As I am a very optimistic person, I think in the future, to the delight of all fans worldwide, we will still have the release of CHIC ORGANIZATION BOXSET VOLUME 2, so I wanted to include these tracks:
1) DEBBIE HARRY - The Jam Was Moving (Single Version)
2) DEBBIE HARRY - The Jam Was Moving (Extended Version)
3) Inner City Spillover (Extended Version)
Top

It is weirdest production of the CHIC Org.
We want the best, we won't settle for less
- Good Times -
Top
Post Reply
3 posts • Page 1 of 1